I've been in endurance sports for most of my life. I spent over a decade as a rower and the following half-decade as a triathlete. While these sports are exciting in their own ways, they have their drawbacks and I was craving something different.

In October of 2018, I stepped on a plane to Barcelona and far away from the calm water, paved roads and expensive bikes I'd become too familiar with. Shortly after, I found myself scrambling down a steep seaside trail in Costa Brava chasing after my hosts Xavi and Sarah. We wove around roots and rocks working our way down to the shore--my legs burned, my breath was ragged, the trail seemed more fit for overachieving mountain goats than people. I briefly weighed the pros and cons of surrendering to gravity and rolling the rest of the way down. The run came to a brief pause where the boulders of the shoreline met the surging surf and I took the spare moment to gasp for air as my guides calmly surveyed the waves. Xavi turned back and said, “Ok... this next part is tricky...” donned his swim goggles and leapt into the churning Mediterranean sea with Sarah close behind.

Watching them battle their way through the waves I carefully considered my options then took a deep breath and launched myself after them. From that moment on I've been hooked. I spent 2019 blogging about the steep learning curve from rookie swimrunner to “wily veteran” through regional events and my month-long training trip to Sweden.

For those who are unfamiliar, Swimrun (Swim Run) is a multi-stage endurance sport that originated in Sweden in 2006, it spread rapidly throughout Europe but only began its foray into North America in 2016. The original swimrun event, the 75km ÖTILLÖ (er-till-er) near Stockholm, is now the World Championship of a hotly contested multinational race series. Canada and the USA now host over two dozen events including several World Championship Qualifying events.

A sport still in its infancy, swimrun is enjoying a rapid evolution as new events and athletes continue to raise the bar of competition year by year. A crucial core detail is that swimrun is usually done in teams of two, teams which spend most of the race tied together. Let me say that again: you race tied to your partner. If you think you've found your sports BFF–-do a swimrun with them–- there will be no doubts by the finish line. Racers carry their gear with them from start to finish, there are no transition areas or change tents: you'll swim in your shoes, you'll run in your wetsuit. Descriptions aside, the most exciting and rewarding aspects of the sport can only be enjoyed firsthand.

The marquis events of swimrun actively seek out the most difficult routes and waterways available for teams to navigate and overcome. Proficiency in both trail-running and openwater swimming is necessary but, above all else, swimrun requires tenacity. Racers must find their best pace on unforgiving terrain and continue moving forward until the task is completed. Stronger swimmers will lead teammates through high surf or into difficult landfalls and stronger runners actively tow slower teammates up (and down) steep inclines – an effective swimrun team is much more than the sum of its parts.

What you will need

New and improved swimrun gear is readily available but for those wanting to try the sport cheaply— a swimrun session can be done in a swim or trisuit with a pull-buoy, hand paddles, goggles and a pair of shoes you don't mind getting wet.
Due to COVID-19 the sports world may be on-hold, but those interested can still prepare in advance for its eventual safe return.

Would you like to know more? When the quarantines, lockdowns and travel restrictions have come to an end, becoming an all-terrain human could be the new adventure you are looking for.

_________________________
About
Based in Victoria, Canada, Rob is a multipart coach and competitor with dozens of podium finishes in rowing, triathlon, running, open water swimming, and SwimRun.   He currently holds the Mens Solo course records at the Edmonton and Seattle Swimruns. Rob loves his iRock 3's for Swimrun due to their grip, stability, and low weight.

Not sure how VJ Shoes continues to improve all of their already amazing shoes / product lines. If you’ve not tried any of them yet - do it today!

These are my third pair. Super comfy for my “challenging” feet. Unfortunately they start to fall apart within 6 months.

Just wanted to say thanks for the awesome shoes:
I hunted for three days across LONG distances in the Lassen foothills in extreme terrain and weather for California Quail wearing my Maxx. They performed SO WELL! Saved my neck with the grip! 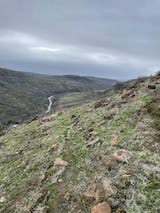 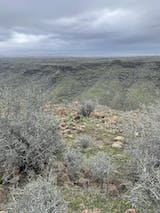 I got the shoes 1/2 size larger than what I normally wear, and the toe box is still unbelievably tight. This was the first pair of shoes to ever give me blisters. The very first 4 Mile Run put huge blisters on both my small toes. I have a pair of the MAXx shoes in my regular size, and that toe box is bigger than the Ultra a half size up. The Ultra, from all the marketing I saw, was built for great comfort over longer distances, but I think they are terrible honestly. I'm going to give them one more try with a better pair of socks, but if I get blisters again, I'm just going to sell them and move on to a new brand for long distance.

I'm on my third pair and I will never buy another brand of trail running or OCR shoes.